All You Need To Know About Street Parking in Columbia 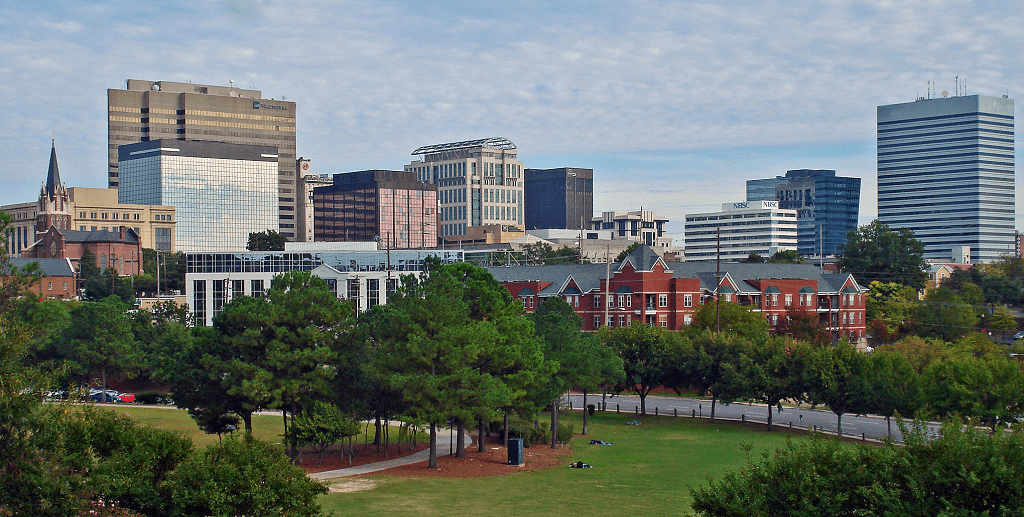 Do you try everything to avoid parking on the street whenever you drive into Columbia? Trying to find open parking lots and affordable garages can be tricky, which leaves street parking the cheapest and easiest option. This tends to be the case in most big cities.

As a Columbia resident, you know that parking downtown can be hard to come by, especially on weekends. With street parking as one of only a few options available to you, it's simply an unavoidable part of your life behind the wheel. So, if you have to park on the street, you may as well stay safe doing it. Below are some basic things every Midlands Honda Driver can do to ensure the safety of their vehicle when parking on the street.

The Ins and Outs of Street Parking in Columbia

Now, before we get into the nitty-gritty of street parking, how comfortable are you with parallel parking? More importantly, can you parallel park? Because if the answer to either of these questions is no, you may want to just pony up the twenty-or-so bucks required to gain access to an oversaturated parking garage. However, if you have the mettle to take on the tall task of parallel parking on a busy city street, keep reading.

Quick Tips to Park Safe on the Street

With more and more people moving to major metropolitan areas each year, parking in areas like Dayton is getting harder and harder to find, while inventory for car thieves has never been higher. However, if you follow these steps, you can rest easy knowing that you've done all you can to protect your car while it's parked on the street.

Celebrate Heritage and Success at the Columbia Black Expo

Black is beautiful. Black is powerful. Black is now! These sentiments and more are just a taste of what was featured at this year’s Black Expo South in Columbia, SC. The Columbia Black Expo was created to promote and give exposure to minority-owned businesses, as well as educate, enlighten, and inspire the entire community, as well as the African American community of Columbia and South Carolina. The Black Expo extends well past Columbia, appearing in three other areas including Charleston, Upstate, and Jacksonville, Florida, all offering the same level of commitment and dedication to the black communities.

Each Black Expo celebrates black success with vendors, speakers, guest appearances, networking, and so much more. The 23rd annual Charleston Black Expo on March 12th featured guest appearances from Anthony Anderson, Kierra Sheard, Shelton Richards, and Roi Chip Anthony. During the Columbia Black Expo that happened on May 21st, attendees also got to enjoy the same guest appearances. The event featured a Sneaker Expo where enthusiasts, collectors, and anyone could buy, sell, or trade exclusive and rare shoes. Attendees were offered the opportunity to volunteer in a blood drive, enjoy incredible food, and network with a job fair with companies including Dominion Energy, MUSC, Breakthru Beverage, and many others. However, there was also a special presentation of the Key to the City by Columbia Mayor Daniel Rickenmann and Councilman Ed McDowell to founder and president of the Thomas Media Group (Black Expo South and SC Black Pages) Darrin Todd Thomas in honor of Columbia Black Expo’s 25th Anniversary!

Preceding the Columbia Black Expo on Friday was the Taste of Black Columbia, which saw over 970 people. The Taste of Black Columbia was an event to showcase the culinary skills from some of the best local chefs, caterers, and restaurants the midlands have to offer. The Taste beverage sponsor Breakthru Beverage provided the spirits and libations throughout the evening. The sensational neo-soul singer/songwriter Leela James performed to a standing room only crowd to bring the event to a close.

Here at Midlands Honda, we are extremely proud to be sponsors of the 25th anniversary of the Columbia Black Expo. If you’re interested in learning more, or would like to attend the upcoming Florida Black Expo on September 22-24th, you can find all of their information here! When one of us succeeds, we all succeed!

We stand together against hate! Once again, Midlands Honda is proud to be a sponsor and show support for the South Carolina Juneteenth Freedom Festival in Columbia. Juneteenth, also known as Juneteenth Independence Day or Freedom Day, celebrates enslaved African Americans' emancipation throughout America. This is a day of celebration of the progress and education we’ve attained as we strive towards a world united.

Join us on June 18th for a 2-day event featuring fun and excitement for the entire family, with carnival rides, games, local food trucks, and various vendors. Enjoy live musical performances from national recording artists including The Whispers, Vivian Green, Nappy Roots, Rob Base, and Dondria. You’ll also be able to shop at many Black and Minority-owned businesses, check out a job fair, and stay safe with a COVID-19 testing and vaccination center.

While the main event runs for two days, the fun begins well before the 18th. For the first time, the South Carolina Juneteenth Festival will be a full 9 day event. June 13th kicks off Juneteenth at Segra Baseball Park with seminars covering everything from buying a home to financial literacy throughout the week. On the 16th, there will be a meet and greet with the SC JFF team, with a Juneteenth Gala Noir and Awards happening on Friday the 17th. The whole event will close with a Freedom Fest parade downtown on Monday the 20th.

The South Carolina Juneteenth Freedom Fest has become a staple of the Columbia and Richland community, with an economic impact of over $700,000 since its inception in 2017. It has highlighted over 200 Black and Minority businesses over the past 5 years and shows no signs of stopping!

Midlands Honda is excited to participate in this celebration and we encourage all to attend! Last year, the event saw 20,000 attendees and we’re expecting even more this year! Buy your tickets right here and we will see you at the Charlie W Johnson Stadium at Benedict College in Columbia on June 18th and 19th! Don’t forget to stop by our space and say “Hi!” to your favorite Columbia area Honda dealer and see some of our best models as well!

Who’s your favorite teacher from school? What about your favorite local band? Barbeque joint? Now is your chance to have your voice heard and shine a light on your favorite community members and businesses at the Columbia Neighborhood Awards! This inaugural event aims to highlight the people who make this community what it is and show our appreciation for them. We’re honoring everything and everyone from community festivals, barber shops, restaurants, and long-time businesses, to community leaders, Church pastors, attorneys, Doctors, and so much more! At Midlands Honda, we love being a strong part of what makes this community great and we are proud to sponsor the first ever Columbia Neighborhood Awards and we look forward to celebrating all of these fantastic community members and businesses on April 23rd, 2022. Head on over to the Columbia Neighborhood Awards website to lock in your votes and we’ll see you at the Columbia Museum of Art at 6pm on April 23rd!

A huge thank you to the Columbia community and WLXC KISS 103.1 for creating and hosting this incredible community strengthening event!